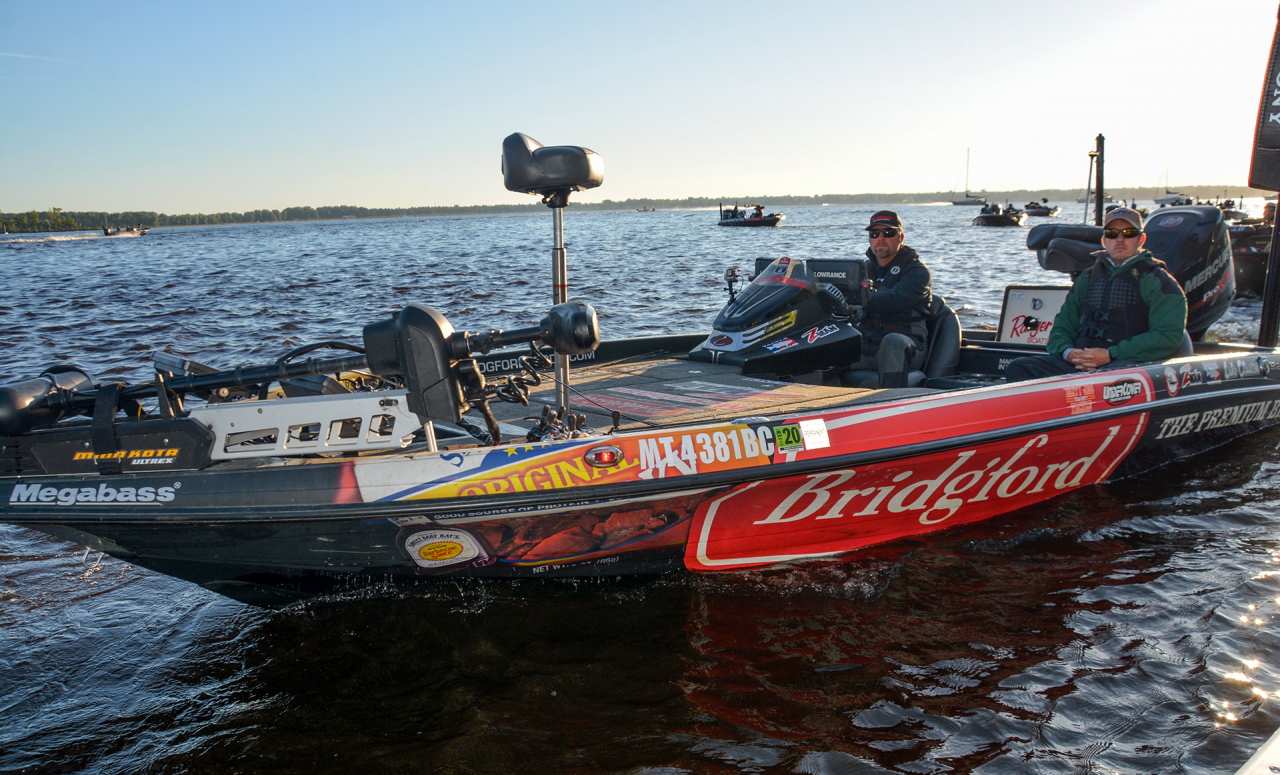 SPOKANE, Washington – I’ve been trying to figure out the best way to describe my 2017 Elite Series season, and the best I can come up with is this: It was like a game of Battleship.

That pretty well sums up my season: I had a lot of hits and a lot of misses. I left every event in 2017 feeling like I’d either won, or I’d totally failed. It was either an B-7 hit, or an E-3 miss, and very little in between.

I started back in February with the worst tournament of my professional career at Lake Cherokee – one fish for 3 pounds on Day 1, and a zero on Day 2 – and ended a couple of weeks ago with a fifth-place finish in the Angler of the Year Championship at Mille Lacs Lake.

I went from starting as bad as you possibly could (dead last) and having some of my pre-season goals go out the window, to a Top 5 and wrapping up a trip back to the Bassmaster Classic.

Some historical perspective
Looking back on my career, I’ve done a pretty good job of avoiding having multiple bombs. Oh, I’ve had a few tournaments here and there where I just didn’t catch them, but up until this year, it was really rare for me to have more than one really bad tournament in a season.

To be truthful, I survived some this year that maybe I shouldn’t have, where I’d catch them only on the second day to salvage precious AOY points. In my mind, my final AOY finish of 23rd paints a better picture than it could’ve been if I hadn’t had a few things fall into place.

The two tournaments that bit me the hardest – that 110th-place debacle at Cherokee and my 89th-place finish at Lake Dardanelle – can be blamed on my practices. I showed up at Dardanelle after putting together a couple of Top 20s at Okeechobee and Ross Barnett to theoretically right my battleship, had what I felt like was a GREAT practice … and then caught two fish for 4 pounds on Day 1.

The bottom line is that I just didn’t practice well there, and it put me right back in the hole.

Recovering in the northern swing
Going into the northern swing, I had a pretty stout hill to climb to get back into the Top 38 or so to make the Classic. And if you were to ask me before the season which tournaments I dreaded the most, it was those smallmouth fisheries.

I haven’t done that great in northern fisheries – I grew up fishing for smallmouth back home in Washington, so I should do pretty good, but historically, I just haven’t caught them great or been very consistent. And specifically at Lake Champlain and Lake St. Clair.

It turns out that it was good fortune that we started that northern swing on the St. Lawrence River, a fishery that I’d never fished before. I went into that tournament with no expectations of how it was supposed to fish, and that turned out to be the most important event of my entire season.

Even though I missed making the Top 12 by a tiebreaker, I ended up tying for the biggest bag of the tournament on Day 3 (23-12) and felt like I progressively understood the fishery better as each day passed. I learned how fish progressed throughout the day, figured out how to catch them, and my confidence improved by the day.

I finished the season with a 16th-place finish at Lake St. Clair and a Top 5 at the AOY Championship to climb from the “bubble” into the Top 25 in points. Considering how quickly my battleship seemed to be sinking at the first tournament, I’m pretty happy with where I finished.

I do feel like I let opportunities slip away at St. Clair and at Champlain. I caught the biggest bag of smallies of my life and was in fourth place going onto Day 3 at St. Clair before I stumbled, and tied for 51st at Champlain, but lost the tiebreaker and missed the cut there.

Looking back, though, I can say that I fished the latter part of the season with a lot less apprehension and a lot more instinct.

The final result is that my Battleship season has me going to the Classic at Lake Hartwell next February, and I’m beyond excited to fish that event. This will be my first Classic since I won it on Lake Toho back in 2006, and I like my odds with the way Hartwell sets up that time of year.

For now, I’ll enjoy the sense of relief, have a good off-season, and hopefully prepare for a big B-7 hit at the Classic.